Watch video to see how to make this recipe! 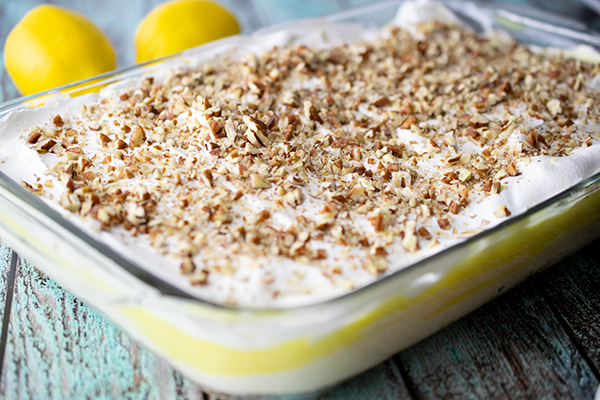 (Culinary.net) Nearly anytime can be a good time for a decadent dessert. This Creamy Raspberry Mocha Parfait, which combines the flavors of instant coffee, chocolate and raspberries, can be a perfect nightcap to almost any meal.

Watch video to see how to make this recipe! 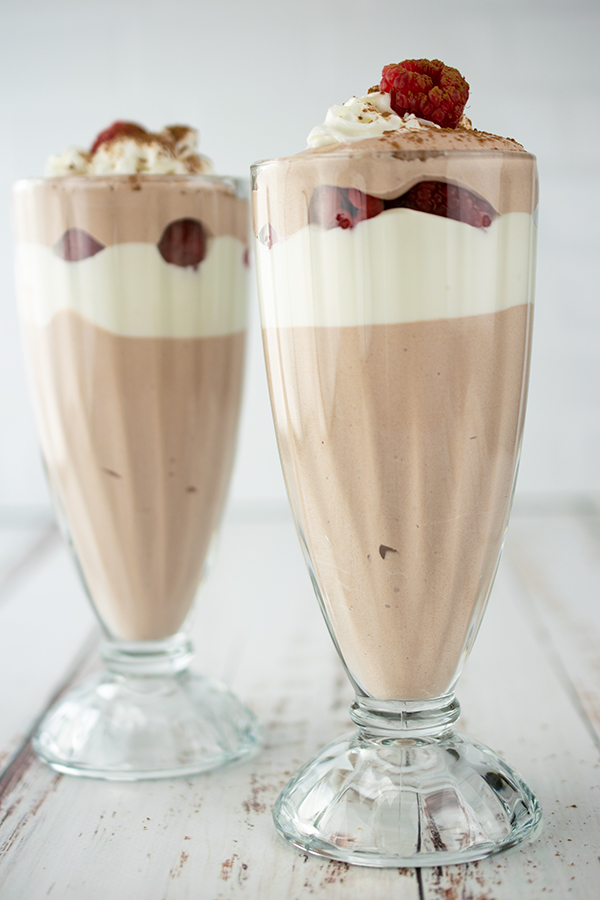 A Father's Day to Remember

(Family Features) While Father's Day is for honoring dads, it's also a great opportunity to honor the men who have been father figures to us - stepfathers, grandfathers, uncles, even friends who have played that role in our lives.

This year, take some extra time to tell those men how much they've meant to you. A card or letter, a phone call or a face to face conversation - you'll give them a Father's Day gift they'll never forget.

To show them your appreciation, have them over for a special dinner. Grill up some chicken and top it with this Cilantro Cream Sauce. Serve with some southwestern-inspired rice and follow it all up with these Double Chocolate Warm Pudding Cakes for a homey dessert. 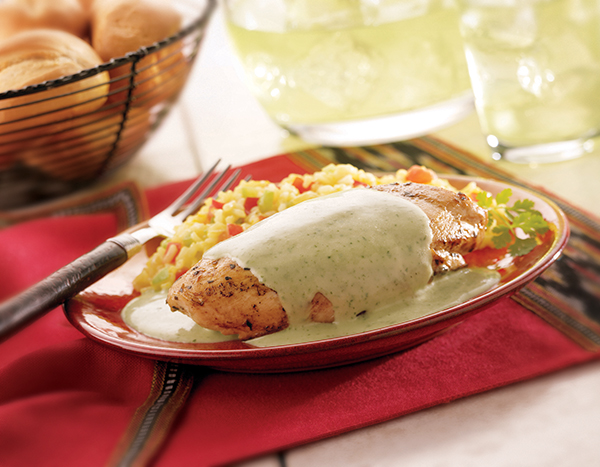 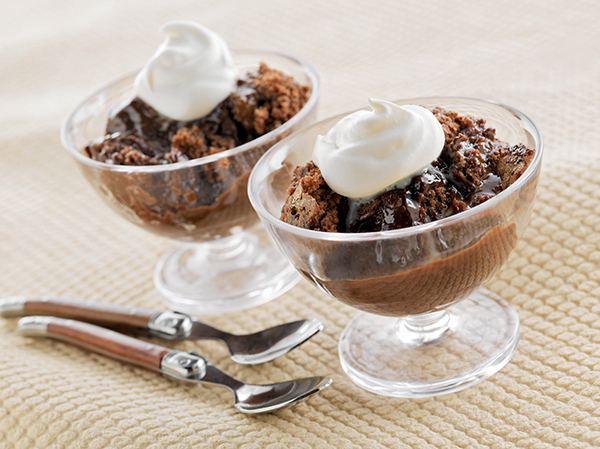 TIP: Individual servings can be reheated in microwave for 10 seconds.

It only takes 5 ingredients to make this creamy delight that is so simple to make and so delicious.  You’ll want to double or even triple the recipe because it will not last long. 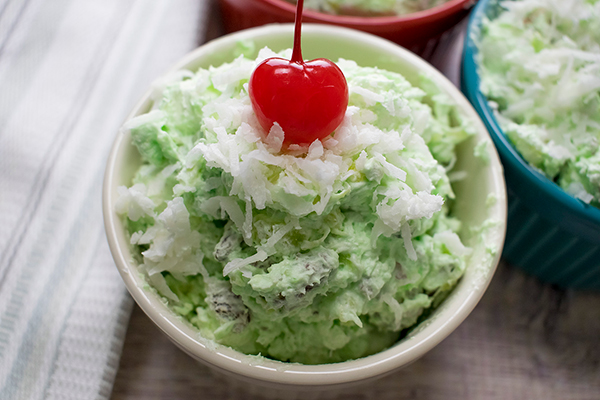 (Family Features) Whether your tastes tend toward the spooky or spectacular, or maybe a little of both, this Halloween you can set the scene for a scary good time with a menu that entices goblins big and small.

You won’t have to scour a witch’s lair to find the right ingredients for these treats. All you need is Limited Edition TruMoo Orange Scream Milk, which is inspired by an orange frozen ice pop with vanilla ice cream. It’s tasty served on its own in a cold glass, or added to Halloween-inspired recipes perfect for hosting your fellow ghouls and goblins.

Try using it for non-traditional recipes, such as Orange-Cranberry Scones for hosting a scary fun Halloween get-together. Or for another creative snack option at your ghoulish gala, go for Bread Pudding to send guests home screaming with delight. 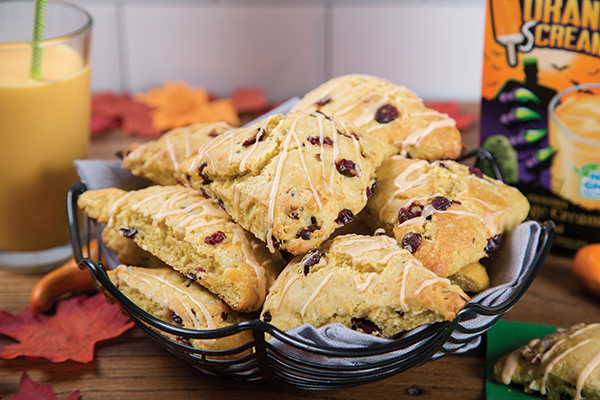 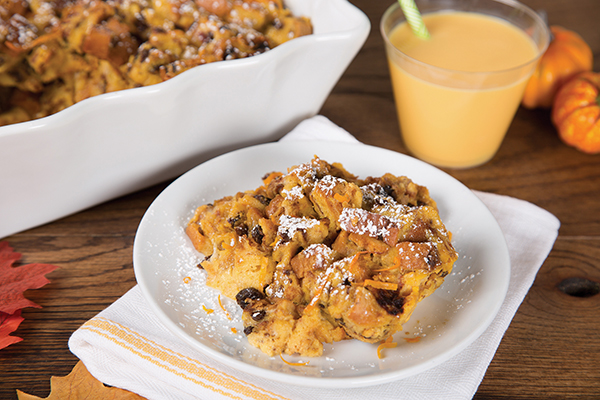 (Family Features) What do you reach for around 3 in the afternoon? Something salty? Something crunchy? Something creamy, smooth and sweet? These days, more and more snackers are looking for something wholesome and satisfying to get them through the afternoon.

Here’s one snacking choice you may not have thought of: pudding. When pudding is made right — just the way your grandma used to — it’s made with real ingredients like milk and eggs, cooked slowly until it’s creamy and delicious. While cooking up your own pudding is a fun and satisfying weekend or evening project, when you need a quick afternoon snack, that’s probably not in the cards.

Fortunately, there are still some companies making pudding just the way you would at home, slowly simmered to perfection. This is great news for people who want a smooth and creamy snack they can feel good about. There’s a good reason why simple, comforting pudding was a favorite childhood snack — and is still a wholesome snack choice today.

Simple Ideas for a Delicious Snack

Pudding is perfect straight out of the refrigerator, of course, and all you need to enjoy it is a spoon. But you can make it your own with other ingredients that you probably have right in your kitchen. Take a look at your spice rack: You’ve probably got cinnamon, nutmeg and cayenne pepper. In your pantry, you’ve got crunchy cookies, pretzels and nuts. Fresh and frozen fruit are always good to have on hand. Even canned and shelf-stable packs of tropical fruits can top your pudding. Before you know it, you’ll be seeing surprising pudding pairings everywhere you look.

With a little creativity, you could have a unique pudding snack every day of the week. We’ve got a few ideas to get you started.

Find out more about Kozy Shack® Pudding at www.kozyshack.com.

Banana Split Pudding Snack — Cut a banana in half the long way. Stand one half in a small cup. Spoon chocolate pudding into the cup and top with a maraschino cherry.

Lemon Tapioca Pudding — Crush a couple of lemon shortbread cookies. Spoon into the bottom of a small dish. Top with Kozy Shack Tapioca pudding, a sprinkle of lemon zest and assorted fresh berries.